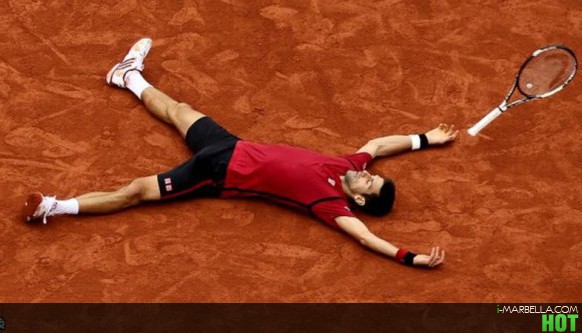 Murray had hoped to secure the third leg of his own career Slam, having already won Wimbledon and the US Open.

Second seed Murray played superbly to win the first set but could not convert a break point early in the second, and Djokovic took control to win in three hours.

He becomes only the eighth man in history to have won all four of the sport's major singles prizes -- and could yet match Laver's achievement of winning all four in a calendar year.