Moroccan teenager found dead on a roadside in Marbella 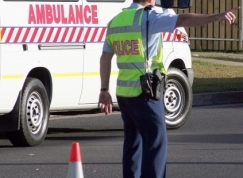 The National Police have identified a body which was found on the hard shoulder of the road between the Nueva Andalucía area of Marbella and Ronda on Monday as that of a 15 year old Moroccan boy who has been named by his initials, T.A.

Despite the identification from finger prints there is no report of a missing person. It’s thought that his body could have been thrown from a moving vehicle as it passed the access road to the La Quinta urbanisation.

The body, which was dressed in sports gear, was removed from the scene for autopsy as the investigation continues to determine the exact cause of his death. However reports indicate that he had suffered shotgun wounds to the face.