You are Cordially Invited to DJ Luciano and Friends @ Puente Romano 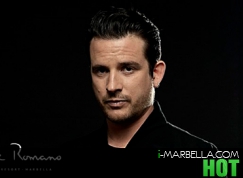 Luciano and Friends kicks off Saturday, April 4, and you are invited to take part in the festivities. Prestigious Puente Roman Beach Resort Marbella is our meeting spot for an unforgettable night!

Luciano is part of a small group of people who were responsible for developing and nurturing the underground electronic music scene in Chile, via promoting, playing, and throwing parties in the Chilean club circuit. His DJ sets are strongly influenced by Latin American music, a sound he heavily incorporates.

Over the years, Luciano's initial style of minimal techno has developed and evolved into a blend of house and techno. Luciano has been constantly involved in various music projects, such as playing live performances, running his label Cadenza Records, and hosting multiple parties in Ibiza.