Something for Everyone at Puerto Marina 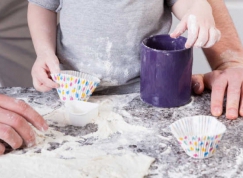 
Puerto Marina and the legends of the sea, a schedule of events aimed to attract visitors to the Benalmadena marina, has a busy month of March planned.

Parents and children can have a go at cooking together at the Minichef day on Saturday, March 7, after a wander about the olive oil fair that runs from March 5-8.

The following weekend, March 14-15, the marina will be turned into Terror Port for a themed part with disguised actors, live acts, and shows.

From March 19-22, a traditional Seafood Fair is planned with a cooking demonstration by chef Alberto Carmona.

Finally, on March 28, the first of the Culture Fairs planned for this year will give expatriate communities from different countries the chance to show off their traditions.

Spain Has 3 Of World's 8 Most Expensive Marinas (3)

Something for Everyone at Puerto Marina