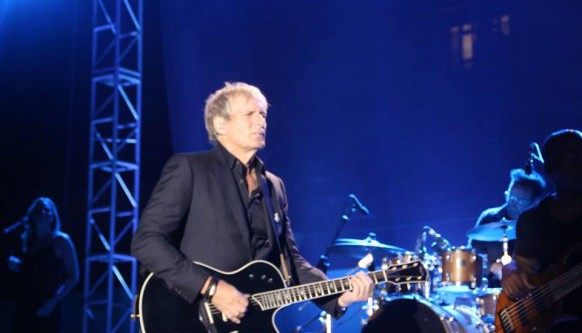 
Micheal Bolton performed in Marbella after 4 years of his last visit, and Puente Romano Tennis Club was the perfect stage for a perfect night!

Michael Bolton returned to Marbella to give a concert after 4 years! On August 8, 2017 he performed in Puente Romano Tennis Club. The concert was fantastic and the people really loved him.

Here are the details of the concert.

People enjoyed the concert of Michael Bolton in Marbella, August 10, 2017

Michael Bolton achieved great success in the mid-1980s and early 1990s. His achievements include the sale of 53 million albums, 8 albums in Top Ten, 2 singles in number one of Billboard lists and prizes like the Grammy.

The concert was brought by Crazy Music Productions, the same company that brought Seal, Simple Red among others.

And here we have the awesome pics of the event!

Crazy Music Productions, is fast becoming known as one of the best concert Promotion companies on the Costa del Sol. The name may be relatively new to the ear, but the history behind it is not.

Director, David Giles and members of his team, have been producing some of the most successful events in Spain since the nineties. Artists such as Joe Cocker, Rod Stewart, Van Morrison and Deep Purple have all performed spectacular concerts in a variety of diverse venues from Estepona through to Mallorca.

The company was created in 2012, combining the years of Promotional expertise of David Giles, with the business acumen of his partner, Martin Tye, a very successful UK businessman. Though they have hailed from very different backgrounds, their aim is to provide the best entertainment to their customers.

Hotel Puente Romano's Tennis Club in Spain has been established as one of the most important and professional clubs in Southern Europe, while being a member of the RFET.

Located in the heart of the Golden Mile in Marbella, Puente Romano Tennis Club will be an outstanding experience for tennis fans.Hotel Puente Romano´s Tennis Club in Spain has been established as one of the most important and professional clubs in Southern Europe, while being a member of the RFET.