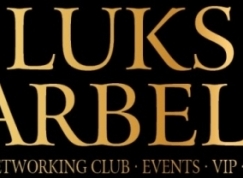 The second edition of the program has achieved 18,000 views on YouTube in 7 days.

Marbella, September 16, 2013: The Russian social club, Luks Marbella, is fortifying its TV channel. The second program of this new Russian-speaking format that aired on Monday, September 9th on Marbella M95 TV, has registered 18,000 hits on YouTube.

Marina Nitzak, President of Luks Marbella, promoter of the initiative and presenter of

the program, said that this project is a success among the Russian population and Russian speakers of the Costa del Sol. It is for this reason that Nitzak is entirely approachable about any possible collaboration with other media locally, regionally or nationally.

Luks Marbella TV is a program of popular interest about the social, cultural and collective enterprise of Russians on the Costa del Sol. It is mostly composed of interviews with key players in the Russian community on this area and summarizes the highlights of the day to day lives of this group. The program will also include attractive segments such as "Luxury Homes" and "Gourmet Mediterranean".

It is a more an act by means of a series of activities which forms part of this social club, with more than 3,000 followers, which aim to give new alternatives to this growing population. Undoubtedly, the demand generated by this sector positions Luks Marbella

in a preferable place within the new initiatives generated by departments linked to luxury and exclusiveness.

Not surprisingly, week after week, Luks Marbella VIP Club, features new partners and firms that want to be part of this exclusive network whose goal is to reach the elite of the Russian population by offering a unique and personal treatment. The next issue of Luks Marbella TV will take place on September 30th, and from October will air every Monday of each month. Due to numerous requests, the program last Monday will be released in a few days with subtitles in Castilian, however not until November will the program be edited with Spanish subtitles.