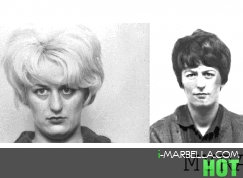 Myra is an experimental-drama short film that was recently long listed for a BAFTA 2012 and officially selected at Raindance Film Festival 2011. The film will be shown at the Marbella International Film Festival which will take place at the H10 Andalucia Plaza Hotel from October 3 to 7, 2012.

Myra - The lyrical memoirs of Britain's most reviled woman

Adapted for the screen by Dan Smyth and Caroline Burns Cooke from Caroline’s award winning stage piece, Suffer Little Children. A monologue about child-killer, Myra Hindley, inspired by an article written by Myra in the Guardian in 1995. Directed by Dan Smyth, writer-director of The Mess Hall of an Online Warrior (SXSW 2010, Coup De Coeur award Cannes SFC 2010). This is Dan’s second successful zero budget short film, made with only two other crew members.

Synopsis
Myra Hindley, one half of The Moors’ Murderers, was sentenced to life imprisonment for killing three children. At the time of the arrest, the children’s bodies were recovered from Saddleworth Moor, Greater Manchester, U.K. Two other children remained missing. In 1987, Hindley finally confessed her involvement in all five murders. She was escorted to the Moors where she helped recover another child’s body. In 1995, almost thirty years since her conviction, Britain’s most reviled woman spoke to the public from prison, publishing her memoirs in the Guardian Newspaper. In this article, which inspired the film, Myra responds to the accusation of being a ‘psychopath’- a claim she refutes.

Profiles
Dan Smyth: Writer/Director
Dan, a self-taught director from Manchester, U.K, enjoyed a successful festival run with his debut short film, The Mess Hall of an Online Warrior, which was made with only 3 crew members and zero-budget earlier last year. Achievements included an official selection at SXSW 2010 and winning a Coup De Coeur at Cannes SFC. Consequently, Dan received funding from the UK Film Council to develop a new short film which he is currently working on.

Caroline Burns Cooke: Writer/Actress
Caroline is London born and second generation Irish. As an actress she has work extensively in theatre and as a stand-up and sketch show performer. She has appeared in several features including Mothers and Daughters with Jean Boht and Miranda Hart which premiered at Raindance and showed at Cannes as well as many other international festivals, and Carl Medlands’ End of The Pier winning The Cost of Love which is released on DVD by Peccadillo next year. She has written and performed plays including Saved by Sex with Melvin Hayes, has acted in her own short Cricklewood Broadway and her feature script She Moved through the Fair (Winner Scottish Screenwriters Best Feature Script 2010) is with an Irish producer at Zanzibar Films.

Aleah Morrison: Composer
Aleah studied Electroacoustic Music at Keele University and Composition at The University of Salford. She is a composer for Zelig Sound, has had compositions played international and is currently working on an orchestral piece and a suite of contemporary piano pieces.

Matthew Wilcock: Sound Designer
Matthew is a sound designer and composer for Zelig Sound. He has worked on many global audio-visual projects, including the sound design for the 2010 Orange BAFTA Awards Broadcast BBC One. He is a practicing electroacoustic composer and has had compositions played internationally.


Myra started as a monologue. Why decide to film it?
Dan: The piece struck a chord – it was a daring subject that was close to home. I was interested in taking a theatre piece that was lyrical and unrestrained and adapting it for film. To take a monologue and to discover ways to visually express it, I saw as a real challenge. I believed it was a great opportunity to create something more experimental than my previous work. By taking a monologue for stage and to adapt and improvise as we filmed, I felt like it was an original and organic way of working.

Caroline: I’d long wanted to have a filmed record of the piece, so when Dan expressed an
interest in working with me on an experimental short it seemed a perfect opportunity to
combine both our talents and knowledge of Manchester (I went to University there in the 70’s), and produce a film dealing with issues that had a lasting effect on our memories.

What were the inherent difficulties/differences in adapting a theatre piece for film?
Dan: A lot of time was needed in the edit to visually adapt the monologue and discover ways to represent the material. The original stage piece was very lyrical and made use of repetitions and other theatre techniques that didn’t lead well to film. We had to find visual cues and experiment in ways to best portray the ideas on film.

How did you choose locations?
Dan: I grew up in east Manchester where Myra Hindley committed her crimes. We decided to have Myra perform the monologue almost as if she had, in her mind, gone back to the time of the offensives. We found an old working man’s club in Dukinfield – the decor hadn’t been touched since the sixties and was perfect for the idea. We also ventured out into the Moors where Myra had buried the bodies, and filmed on location, much to the bewilderment of the locals.

Caroline: We always knew we would use the Moors. The atmosphere of eeriness and utter sadness is palpable. I had thought we might use a regular comedy/cabaret club in London and was delighted when I saw the working mens’ club Dan had found. Wonderfully bleak in its own way but with a tawdry glamour that fitted ideally with the films’ themes.

What decisions did you make in terms of filming style?
Dan: Firstly it was the idea to improvise and work organically with the original theatre piece. We weren’t bound to a film script or film notions but had locations and visual ideas loosely planned out to experiment with.

As we came to the edit, the film’s style became apparent, the unnerving realism of the stage performance as well as rapid visual exposure to the moors were just a few examples of the style that developed.

What camera did you use?
Dan: Canon 550D with various old lenses.

Who composed the music and sound design?
Dan: My friends at Zelig sound produced all the sound design and music. We worked together and developed ways to build on sequences and add further dimension to the themes of the film through sound.

How did the performance alter in adapting the film?
Caroline: In the theatre I dressed Myra in prison civvies and addressed the audience directly during the monologue sections, retreating physically into pools of light for the
poetic/expressionistic scenes changing constantly from Myra present to past. These parts
became voiceover and the straight-to-audience stuff is filmed as the most depressing cabaret gig of all time where Myra becomes her media image in order to connect with her “public”. This worked for me on a character level because instead of engaging with the audience in a human interaction as I did on stage, possibly inducing sympathy and provoking accusations of glamorization/ special pleading, we see Myra talking to herself in a crude showbiz parody which is clearly of her own( imaginary) making. She is in an empty room/cell dressed in grotesque homage to her 60’s mug shot and distanced from the audience she is desperate to explain herself to. There is little eye-contact and no-one is listening. In performance terms I had to be lower key and intimate as the images were doing a lot of the work, while retaining the top dog snowwoman we hear Myra was in prison. In the theatre I was responsible for taking the audience on a roller coaster , juggling time frames and serving them up a dramatic climax, moulding their responses on the way. In the edit things were bound to be cut and shifted to serve the best interests of the story in film terms so I had to treat each section as an end in itself rather than one emotional continuum.

What inspired you to write a piece about such a controversial figure and did you realise your intentions?
Caroline: While at an acting workshop years ago a selection of newspaper articles were handed round to inspire a performed improvisation and I was immediately drawn to the Guardian piece Hindley had been allowed to write in response to a letters page comment that she was a psychopath, which she denied. But it was controversially the first time she had been allowed to speak out about her part in the crimes and in which she finally admitted culpability. As a child in 60’s London I had been terrified by media images of Brady and Hindley-less for their crimes which as unspeakable acts largely remained unspoken- but of Myra as the personification of evil-a bogeywoman out to destroy children.

As a writer I’m fascinated by the depths and darkness of the human psyche and, as a Catholic, the ideas of culpability, responsibility and ultimately, forgiveness, no matter how grave the sin were themes I felt compelled to tackle. But how could I look at these questions through the prism of the “most hated woman in Britain”? There is no justification and , for many, no possible forgiveness for these horrendous acts. So I drew on her observations and created a piece-part poetic/rhythmic exploration, part monologue to audience where she was given a voice and the viewer allowed to draw their own conclusions- monster, victim of obsessive love, arch manipulator-or most likely somewhere in-between. For my part, my job as a writer and as an actor is, at the very least, to portray a human being, not a media construct and I hope I’ve succeeded in that.

What are you working on now?
Dan: I’ve a short film in post-production with funding from the UK Film Council which will
hopefully be at festivals later this year. I also have a feature film in development with possible funding from Film London.

Caroline: As an actress I’m appearing in The Cost of Love which Peccadillo are releasing on DVD soon, have filmed the next feature by Carl Medland , The Adored, will film the role of Juliette in Daementia in the Summer and am in Radio 4’s afternoon play Higher next month. Writing wise my short Cricklewood Broadway is doing the festival rounds and my latest screenplay She Moved through the Fair is with Irish production company Zanzibar. Nuns, Celtic punk and incest- no more child killers. 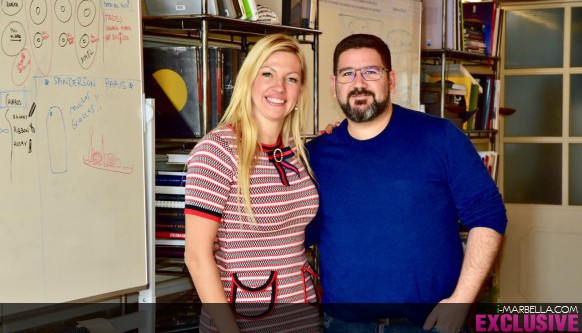