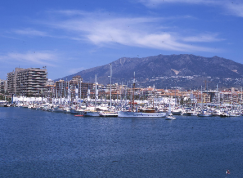 The body of a woman showing signs of violence has been found in Fuengirola. The body of the woman, said to be in her 30’s was found by a man out walking his dog at 10am on Monday. She was fully clothed close to the bridge which crosses the motorway at Los Boliches.

She had received a blow to the head, and the body had been wrapped in a sort of blanket and had been tied. Police think that it was brought to the site it was found as it is a place of high transit.

The duty judge and the forensics doctor went to the scene and the body has been transferred to the Anatomical Institute so that a full autopsy can take place and the judicial procedures can get underway.

The cause of death and the identity of the victim are currently not known.

Exhibition of paintings and sculptures

Exhibition of photographs by Andres Solis and Antonio Bravo