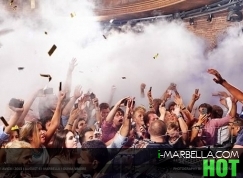 
BIGSTAGE has done the impossible - the Swedish talent Avicii played in Olivia Valere on the 6th of August!

After an incredible 2010 - with worldwide hit singles like Bromance and My Feelings For You plus hit remixes of Tiësto, Robyn, David Guetta, and Bob Sinclar - all bodes right for Avicii. With massive monster tracks lined up and many of the world's biggest events headlining Avicii on the bill, little is left to dispute that 2011 will be this enviously young talent's year. No surprise when his first release of 2011, Street Dancer, went straight for number one on the worldwide Beatport charts. Among upcoming releases are the highly anticipated remixes of Armin van Buuren - Drowning and Daft Punk - Derezzed as well as his own Penguin, Silhouettes, Abow and the mysterious ID circulating countless forums around the web.

With his monthly LE7ELS podcast and radio show at SiriusXM, Avicii is looking at establishing his name among the stars, bringing his contagious sounds to the masses and making them believe what many already know - Avicii truly is the Sound of Now.

Avicii is coming to Marbella 6 August!