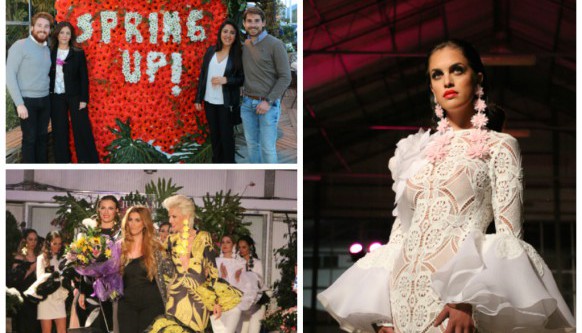 
The centre specialising in gardening and decoration, Agrojardín celebrates the arrival of spring with a fashion show by the flamenco designer Juana Martín, 23rd of March 2017

Freshly flowered plants, flowering trees, decorated pots, decorative elements are chosen specially for the occasion. Agrojardín dressed up the greenhouse into the perfect stage for the flamenco fashion show led by the designer from Cordoba Juana Martín

The Center’s headquarters specialised in gardening will be the setting for an original fashion show in which the models will be surrounded by colourful and eye-catching seasonal flowers and plants. An exceptional decoration, which fits perfectly with the essence of the latest patterns signed by Martin.

A little about the designer:

Juana Martín began her career in 1999, this year, her collection was selected among more than 150 proposals, to represent her hometown of Cordoba, in the contest of Young Designers of Spain. In 2001 she participated as a novel in the International Flamenco Fashion Show, which she obtained in 2003, the prize for the best collection.

And her career has not stopped growing since.

She has been one of the protagonists of the book "50 Gypsy Women in Spanish Society" (2003), which was published jointly by the FSG and the Institute of Women. And she’s associated, since 2014, in the Association of Fashion Designers of Spain.

In 2005 she became the first Andalusian woman, the first Cordovan woman and the first gipsy woman reaching CIBELES, obtaining a great success. Without missing from the date of her debut, any edition of the current MERCEDES BENZ FASHION WEEK.

She opened her first shop in Cordoba in June 2007 and in December of the same year opened her second store in the city of Seville. Restless creator, launched in 2009 which will be her second brand: ICONICAJUANA. Currently, her collections can be purchased at the Atelier at Córdoba or in Madrid Showroom. She also has a shop in Marbella (Málaga).

Today is one of the most versatile designers of the Spanish fashion, with collections like "Redemption" in Pret-á-Porter or "The girl from India" in Flamenco Fashion.