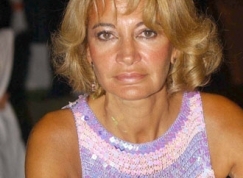 Many ex councillors from Marbella have been found guilty in the Penal Court 10 in Málaga.

The ex Mayor of Marbella, Isabel García Marcos, has been handed down her first conviction for real estate corruption.

Penal Court 10 in Málaga fined her 3,600 € and banned her from holding public office for ten years. Three other ex councillors were given the same sentence, José Jaén and Carmen Revilla among them, and another 11 ex-councillors were given a year’s prison sentence and a ten year ban. These include Julián Muñoz, Rafael González and Marisa Alcalá.

José Luis Fernández Garrosa, Alberto García Muñoz and Pedro Reñones were all given nine month prison sentences and a nine month ban from office. The case relates to April 2002 and a licence for the construction of 20 luxury villas on a plot of land in Trapiche.