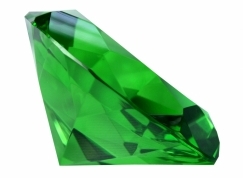 
The Civil Guard have recovered 1 million € in jewellery and watches which were stolen in May from stores on Madrid’s famous ‘Golden Mile’, the ‘Milla de Oro’ in the city’s Salamanca district.

Five people have been arrested and also face charges of drug trafficking, after officers confiscated more than three kilos of methamphetamine and another kilo of cannabis.

The first suspect to be arrested was a Ukrainian man who was caught in El Escorial in October selling luxury watches which had been stolen on the Golden Mile. His arrest led detectives to the gang’s main fences, two brothers who stored the merchandise in their parents’ home in the Canillas district of Madrid and used it as a meeting point with prospective purchasers.

The parents were also taken into custody when they were caught trying to throw the drugs which were on the premises out of the window.

Stephen Webster 'almost ' one year on in Puerto Banus… (4)