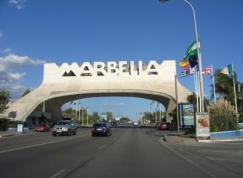 Marbella is going to launch a dynamic marketing campaign via social networking sites such as Facebook, to attract young tourists with money to spend.

This was one of the ideas put forward at the Marbella Luxury Weekend, during which a panel of 10 experts in tourism, including local tourism councilor, Jose Luis Hernandez. The panelists, all linked to the luxury sector, such as Maria de la Hera from Bulgari, Spain, discussed what is needed to keep the more exclusive visitors coming to Marbella, an area which is seeing financial recovery and has the goods to attract even the most demanding tastes.

They also underlined the importance of maintaining the city clean and safe, and promoting it via new methods such as the internet, used by the new profile of visitors to Marbella, normally in their earlier thirties, as well as adapting to each type of clients, whether they are Arabs, British or Eastern European.