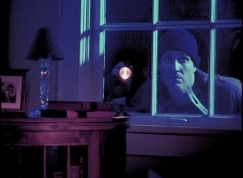 
A resident in Lomas Rio Verde Alto, Marbella, has reported his house was broken into last month by a woman who stole money and jewellery.

She was caught on CCTV camera entering the house while another woman was posted as a lookout in the neighbour’s garden. The owners were in the garden with relatives at the time of the break-in.

The homeowner wishes to warn others to make their homes safer.

This particular case is not the only robbery in Marbella though. Recently, there was also one robbery in Nueva Andalucia and the thieves broke into the house later in the evening and the family was at home!  Recently the burglars are being more brutal than ever and tend to break in to the house no matter if the residents are there or not! Keep your eyes open and alarms on!