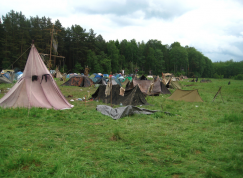 More than 152,200 tourists stayed in apartments, campsites and inland accommodation in Malaga province in the first three months of this year.

This is almost 17% more than over the same period last year, and has been accompanied by a rise in the number of overnight stays which amounted to 1.05 million, almost 15% more than between January and March last year.

The President of the Malaga-Costa del Sol Tourism Board, Elias Bendodo, pointed out that figures were all the more positive considering the fact that last year, Easter fell within the first three months of the year, and this year, it was later.

He said it was expected that once the figures for April were included and compared with the first four months of last year, the news would be even more positive. The number of visitors staying in tourist apartments rose by more than 21%.