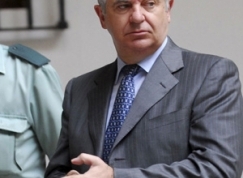 
Fears that Juan Antonio Roca will flee has led to yet another refusal of bail.

Juan Antonio Roca famed for his participation in the Marbella Malaya Scandal, a corruption case that involved 670 million Euros of laundered money, has been imprisoned since March 29th of 2006.  The sheer complexity of the case has delayed it being heard in a court of law, although the trial is now thought to begin in Malaga later this year.

The ex municipal real estate assessor´s condition has been worsening since his incarceration almost four years ago and that combined with suspicions that he has money stashed abroad led to the Málaga Provincinal Court´s recent ruling of denial of bail.