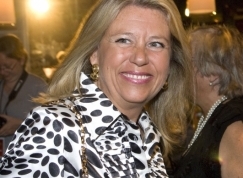 
Dr Ángeles Muñoz performed CPR and mouth to mouth on the injured man while waiting for the ambulance to arrive.

A 35 year old man who was seriously hurt after coming off his motorbike on the A-397 road from Ronda to San Pedro de Alcántara, near Igualeja, on Sunday, died before the ambulance could reach the scene and despite the attempts of passersby to save his life.

One of them was Dr Ángeles Muñoz, the Mayor of Marbella, who was travelling back from a meeting in Ronda when her car was flagged down by another driver who had stopped to help the injured man.

She was assisted in her attempts to save his life by a doctor and nurse from Ronda and a local policeman from Málaga. The Mayor told Diario Sur that the four performed CPR on the motorcyclist for around 20 minutes and that she herself gave him mouth to mouth resuscitation. He had however died by the time the ambulance arrived.

Muñoz criticised the length of time it took the ambulance to arrive. ‘I don’t if he could have been saved, as his injuries were serious, but they should have responded much more quickly’, she said. Diario Sur gives the response time as 41 minutes, from the moment the first call was received by the 112 emergency number. There appear to have been problems in transferring the call to the 061 medical emergency number.

Four people were injured in another accident in Torrox on Sunday. A 23 year old man who was trapped in one of the vehicles later died from his injuries. Two of the other injured remained under hospital treatment on Monday.

Another four who were injured in a multiple collision in Marbella have however now all been discharged from hospital.