Gil Headquarters to be British School 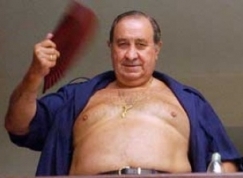 For many years, the Club Financiero Inmobiliario – located on the Ricardo Soriano Avenue – served as the “unofficial” headquarters of Marbella’s most controversial mayor: Jesus Gil. This symbol of the Gil era is where developers and town hall officials planned and agreed all urban related deals and projects for Marbella, several of which are now being investigated for corruption by the Spanish authorities.

As a definite sign of change, the ex-mayors residence will now become an English School. The Gil family will be renting the premises to the British School Group; with schools in China, Russia and Malaysia, the group plans to open the new centre in September with applications being accepted as from March.

The idea is that the school will cater for children of all nationalities between the ages of 2 and 11; however, for the first year, there will only be classes for children aged 2 to 6. As the name suggests, the British school will follow the UK curriculum, at least until the age of 6; Spanish language classes will be introduced from this point.