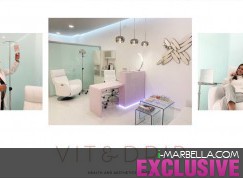 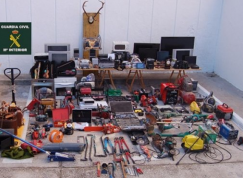 Some of the stolen things Source: Guardia Civil


16 members of three Romanian families have been arrested.

The Civil Guard have recovered more than four tons of stolen property from a gang of Romanian burglars which operated mainly in the Guadalhorce Valley, but were also active in other areas of Málaga, Algeciras, Granada and Córdoba.

Fifteen men have been arrested, plus another suspect who is underage. They all belong to three families based in Pizarra, Estación de Cártama and Campanillas.

The Civil Guard said in a press release on Wednesday that the gang worked seven days a week and would have carried out up to 10 robberies every night after selecting their targets in the morning. They are believed to be responsible for more than 100 burglaries since March, mainly in private homes, where they stole everything they found to hand.

The items recovered in a search of their homes range from televisions and computers, jewellery and cash, to food and drink, and clothing, both new and used. A number of stolen firearms were also found.

Tomb opened to investigate stolen baby allegation, and found to be empty (3) 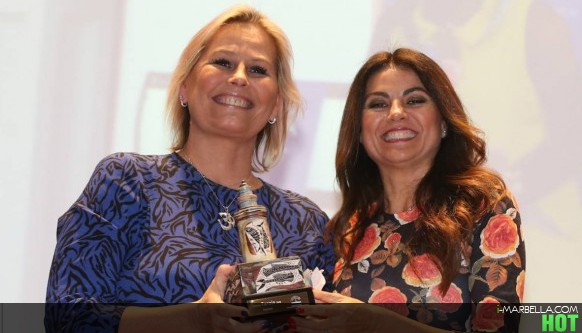