Foreign criminals to be sent back 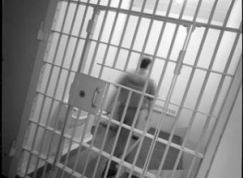 
Spain has one of Europe's highest percentages of foreign prisoners

Spanish Ministry of the Interior has announced plans to reduce the number of foreign prisoners being held in Spanish jails and aims to  get prisoners to serve their time in the jails of their country of origin. There are currently 27,091 foreign prisoners from 110 countries currently in Spain , 242% more than in 2000.

A statement from the Ministry for the Interior said that ‘foreigners are not to blame for the overcrowding in Spanish jails’ noting that the number of foreign prisoners only increased by 3% last year, but even so Spain has one of the highest percentages of foreign prisoners in Europe at 35%. Many foreigners, such as former WBO featherweight champion Scott Harrison, serve their time at the prison in Alhaurin El Grande on the coast.

The law already allows for a foreign prisoner to apply to be transferred to his or her home country if he or she wishes, and last year 580 made the application of which 249 have been repatriated. However many do not make the application as conditions in Spanish jails are generally good. If the prison sentence is less than six years and the criminal has not legal residence in Spain he can be extradited instead of going to prison, and under that rule more than 900 foreign criminals were expelled from the country last year.

Lil Wayne Sentenced to One Year in Prison