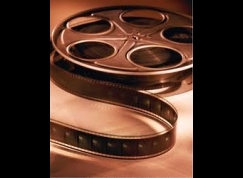 The Marbella International Film Festival recently announced their summer screening programme. In collaboration with the Town Hall of Marbella, the Marbella Casino, the Hotel H10 Andalucia Plaza and Target Events, a week of free screening has been organized in Antonio Banderas plaza in Puerto Banus.

Each evening from Monday, August 23 to Sunday August 29 starting at 9:30 pm, the festival offers some of the outstanding works from the international Cinema scene, free of charge for the general public.

The award winning films from past festivala  scheduled for screening this August are from Spain, UK. U.S.A, Russia, Germany, Italy, Iran, Afghanistan, Argentina, Denmark, Ireland and India. There are short films, animation, documentaries and feature films in the original version with English or Spanish subtitles.

Detailed programmes of the titles, subjects and times can  be found in the Marbella Tourist Offices in Marbella and Puerto Banus, the Marbella Casino, Hotel H10 Andalucia Plaza and at the stands of Antonio Banderas plaza in Puerto Banus