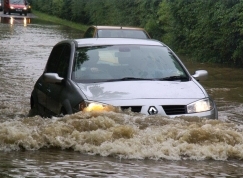 In Murcia, Málaga, Sevilla, Granada, Cádiz, Córdoba, Madrid and the islands of Gran Canaria, La Gomera, La Palma, Tenerife and El Hierro severe rainfall is predicted.  Whilst Snow has caused chaos in Madrid over the last few days, and further snowfall is anticipated in the capital, as well as in the provinces of Huesca, Leon, Palencia and the regions of Cantabria and Asturias.  Gale force winds are also expected in other regions of Spain.

The upside of the heavy rains (2)