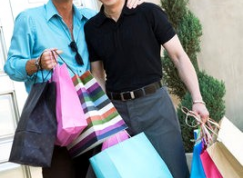 The Gay market is worth one billion worldwide

With an exhibition area of 5,500sqm, distributed on two floors, some of the most important gay-friendly companies will be exhibiting at Expo Gays, scheduled to be held at the Torremolinos Congress Centre in October.

The Torremolinos Congress Centre will be hosting the 1st International Gay Business and Tourism Fair (Expo Gays) from 15-17 October 2010. A large number of companies will be showcasing their products and services at the fair, where trade professionals and the general public, alike, will be able to get know and network with gay-friendly companies representing a variety of sectors, such as travel and services.

With 180 stands distributed on two floors, over 10,000 visitors are expected during the three-day event. Expo Gay is organized by the booking centre Reservas Gays (www.reservasgays.com), the sector’s leading directory platform with over 13,000 retail agencies and more than 1,500 collaborating companies catering to the gay market

Gayvision, the 1st Gay Song Contest, will be held during the event on Saturday 16 October in the Malaga Function Room of the Torremolinos Congress Centre. The contest will include a representative from each one of Spain’s 17 autonomous communities, and the winner will chosen by a jury comprising representatives from all over Spain.

Expo Gays will target the enormous potential of the gay market worldwide, representing between 39-45 million high spending consumers in 12 nations. This segment represents 6% of the population in developed countries, with a potential spending power of one billion euros, a  goldmine in the world market.

Barrymore is going straight after 15 years of being gay!

Lady Malaga 2011 is from Marbella!