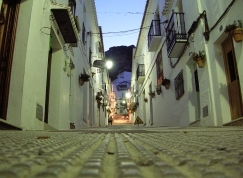 
Some evidence found indicates that it may have been started by a barbecue.

Between 300 and 400 hectares were completely destroyed and hundreds of people had to be evacuated from their homes in Mijas, Marbella and Ojén. Five properties were also affected by the flames.

Diario Sur said forest fire investigators have found evidence of what might have been a barbecue which got out of control. The Mayor of Mijas, Ángel Nozal, however believes the blaze could have been started intentionally by someone acting out of revenge against the Town Hall, possibly for having been refused a planning licence.

Fire teams remained at the scene on Tuesday and will remain until the fire can be declared as officially extinguished.