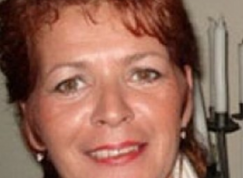 Mary Anne Goossens has not been since she checked into a local hotel on June 16.

A Dutch tourist who arrived for a holiday in Nerja earlier this month has not been since she checked into a local hotel on June 16.

The last news her family heard from 48 year old Mary Anne Goossens was a text message she sent from her mobile phone on the night she arrived, but ever since then her phone appears to have been switched off. None of her credit cards have been used since she paid for her stay in the Bajamar Hotel and her luggage is still in her room at the hotel.

The missing woman’s two children said in a press release issued by Nerja Town Hall this Wednesday that they are extremely concerned as their mother was ‘fine’ when she set off on her holiday. ‘She is not depressed, she’s under no medical treatment, nor does she have any suicidal tendencies’.

Her ex husband and one of her children flew out to Málaga on Wednesday to help in the search.

A contact number given by the family for anyone in Spain with information on her whereabouts is 0031-651582068.

The miracle rescue of the missing Dutch tourist in Nerja