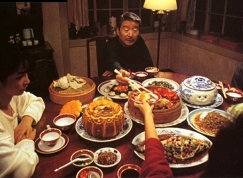 
The Gallery is running a season of mouth watering movies

The Contemporary Art Centre (CAC) in Malaga, in association with Doña Francisquita Catering and Cajamar, has organised a tempting season of films Bocados de Cine (Cinema Mouthfuls) during December. Entrance to the films, which are being screened in the events room, is free and the screenings start at 8pm.

On Thursday 10, CAC will be showing Ang Lee's  acclaimed Eat, Drink, Man, Woman the award winning  story of a widowed chef Chu and his three daughthers in modern day Taipan.

The final film in the season will be Lee David Zlotoff's The Spitfire Grill on Thursday, December 17.