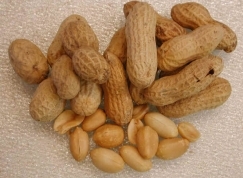 
A 20 year old man with a nut allergy died at a company Christmas dinner in Malaga on Wednesday.

The Young man went into anaphylactic shock after eating a dish containing nuts, emergency services arrived quickly to the scene however were unable to revive him and the man died moments afterwards.

Anaphylactic shock is a very serious allergic reaction. Symptoms include dizziness, loss of consciousness, labored breathing, swelling of the tongue and breathing tubes, blueness of the skin, low blood pressure, heart failure, and death. Immediate emergency treatment is required for this type of shock.  Diario Sur reported that the victim died after just one spoonful of a dessert containing nuts.