Bid to ban outside boozing at Malaga fair 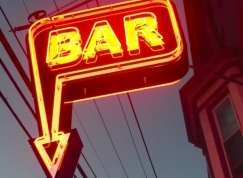 
Malaga City Hall plans to do away with any establishments selling alcohol outside for next year’s August fair to prevent drinking in the street.

The Culture Councillor, Damian Caneda, met with clubs, local residents and members of the catering trade to discuss how to stop Malaga Fair from becoming a “drinking tourism” destination. Many fear that this encourages youths to uncontrolled binge drink. The town hall says that at the moment, the image of the fair offered to visitors is a “shameful one”.

Meanwhile, the city hall will increase the number of performances in the street, and suggested only allowing bars and restaurants with regular activity in the city centre to put up ‘casetas’ during the fair.

Plus, they want to encourage the presence of horses and carts in the city centre, play more traditional music and for people to wear traditional Andalucian costume.

Beer as part of your weight loss regime? (4)