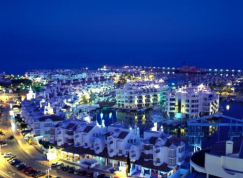 
The plans to enlarge Benalmadena marina have been scuppered.

The Junta de Andalucia has rejected the town hall plans following studies due to a “lack of specific engineering details” making them “insufficient to carry out the work.” Also Benalmadena has been given four months to re-present new plans with failure to do so interpreted as a cancellation of the project.