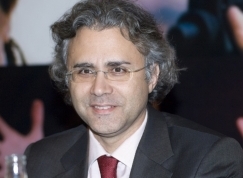 1. What is your official title?

("International residents" not "Foreign" residents - nobody is a foreigner here in Marbella!)

2. How long have you been working at the Town Hall?

I was a lawyer specialising in civil law before joining the Town Hall 2 ½ years ago.

3. In terms of tourism driven events, what is your biggest project for 2010?

We hope to repeat ”The Food & Sun Festival”, it was a good event that we did last year however we only had one month to prepare it.  We hope to make it bigger in 2010 and to promote it as an annual reference for Marbella as it integrates the concepts of food, beach and party really nicely.  Marbella is flourishing in terms of gastronomy, we have more than 600 restaurants representing over 100 nationalities and we are the municipality with the highest density of Michelin star restaurants in Spain.

4. Have you seen a decline in the demand for events being performed here on the Coast due to the crisis?

Yes, unfortunately it is a sign of the times.   I think that Marbella will be the first municipality to recover, we depend almost more on the European economy than the Spanish one.  Germany and France are starting to recuperate and the UK is not far behind and for this reason I think that Marbella will probably be one of the first cities to recover.

5. How do you see the future of tourism here in Marbella?

Brilliant!  The quality and diversity of the infrastructure here can´t be found in the Mediterranean or indeed anywhere else.  Other destinations can compete in terms of luxury, however this type of concept that is a mixture of the luxury of the  Europeans and the modernity of the USA is something that you cannot find easily, and to that extent, we do not have a clear competitor.  I see Marbella as a mix of St. Tropez and Miami, there are many other resorts in the Mediterranean that have a high profile however this type of potential for diversity and the multi cultural nature that we have in Marbella you cannot find anywhere.

6. Do you have any comments on the rumour that the Town Hall will be focussing on targeting an older demographic?

This is definitely not the case, especially if you see the concept that we are currently developing on our new website.  While there is no doubt that it is an important and profitable segment of the market for Marbella, we are fortunate that we have many different faces of Marbella and we have to promote all of them.

Up until now it maybe true that we have concentrated on that particular segment of the market, however we also have big opportunities for other markets.

7. How closely will the Ayuntamiento be liasing with the Junta this year?

We are working very closely with the Junta and working as a team which is very good news for Marbella as the Junta provides a sizeable part of the funding that we are using in the area of promotion.

8. For holidaymakers unfamiliar with Marbella how do they find out about it?  Travel Agents? Online magazines?

Interestingly enough via word of mouth.  It is a remarkable phenomenon that our visitors have an incredibly high degree of fidelity to Marbella and return repeatedly, often up to as many as five visits.

9. Have you noticed the rise in the last 6 months of online magazines and that they have been supplanting their traditional print counterparts?

Yes and this is very important as they are now playing an integral role in the marketing and promotion of the area.

10. How do you see i-Marbella being able to collaborate with the tourism board?

It provides an ideal platform for us to be able to work off each other.  I looked at the website a few days ago, it is a great product and we can certainly publicise our events and have links to your website and of course collaborate together in the future.

11. How do you see the evolution of the Town Hall collaborating with online magazines?

The online magazines are very important and will play a key role in the promotion of Marbella.  We have to create a network for promotion in order to reach every corner of the world, there is strength in numbers and now is the key moment for collaboration.

12. Malaga is going to be on of the first cities to get completely free WIFI, any plans for Marbella and any possibility of improving the internet speed?

There is an area in the Town Hall that is currently working on this.  As there is new technology it seems that the WIFI will be improved in the near future as a direct consequence.

13. Do you have any information as to when the works will be finished on the San Pedro Road?

They were supposed to be finished by now, however there was a delay in the payment of the certifications, it seems as if this problem has now been resolved and that the forecast is now for October 2010.

14. Do you have any information as to when the Airport is due to be completed?

The Airport is scheduled for completion in October of 2010 however it remains to be seen whether it will be or not.

15. What percentage of additional flight paths will be added to help increase tourism possibilities here on the coast?