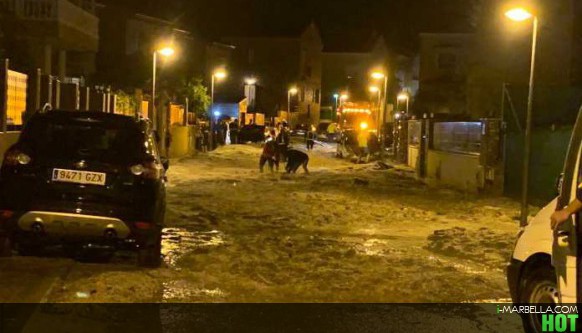 World Vision Gala's annual charity event returned this summer to Puente Romano Beach Resort & Spa on August 15th and again proved that the Spanish city of Marbella has a lot to give! Source: i-Marbella.com


The prayers of the Madrid community to San Isidro were heard however it seems that a small error regarding the direction occurred since the rains, instead of reaching the fire at the Amazonia, fell torrentially in the Spanish capital this Monday August 26 from 6 pm.

The storm arrived a little before 6 p.m. with a drop of more than 40 liters per square meter between 5:30 and 6 p.m. accompanied by hail rain, leaving damage to more than 50 vehicles that were washed away in the flood.

The president of the community of Madrid Isabel Diaz declared the orange state of emergency in a timely manner ordering 200 points of intervention throughout the city, however an important part of the highways m-40 and m-30 had to be closed while lines 5 and 9 of the subway were forced to pause their activities in what could be translated as the total stoppage of traffic in the capital.

In addition, in the city of Campillos about 500 kilometers south of Madrid gave rise to three tornadoes that we may say, were quite photogenic.

The accountability of the damage is still unknown, but surely the authorities and the community are giving their best to remedy this situation.