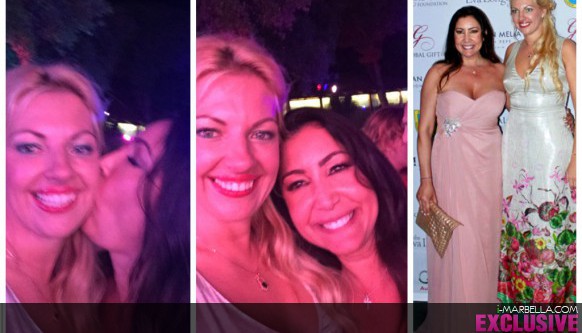 
Maria Bravo has done an incredible job taking care of her hometown, Marbella.

Maria Bravo has been living in LA for 27 years, where she has made a successful career in the film and finance industry. She is incredibly smart and knows too well how to make money as she has been engaged in producing TV shows and movies.

She is my idol now. Having opened Casa Global Gift in Marbella, I do not know anybody who would do so much for her home town. However, Maria Bravo has been supporting Marbella through the Global Gift Charity Platform in the first place.

Eva Longoria, Adrian Martin, and Maria Bravo at the opening of Casa Global Gift on July 17, 2016

Casa Global Gift is the first major project of the Global Gift Foundation, a multifunctional centre for children with rare or chronic diseases. The centre is formed by five local associations from Marbella.

The official presentation of Casa Global Gift took place on July 17, 2016, featuring the members of five local associations and international support for the cause.

On the morning of the 17th, the Global Gift Foundation presented Casa Global Gift to its main international donors who travelled to Marbella for the occasion. The donors had the opportunity to meet the little ones who will benefit from the charity as well as to see the facilities that will be refurbished in the near future.

All the local companies involved in the Casa Global Gift project had a brilliant opportunity to make their donations in person to the Ambassador and Honorary Chair of the Global Gift Gala, Eva Longoria. Amaury Nolasco as well as a number of national and international celebrities joined Eva on the memorable day.

Maria Bravo remains the ambassador of Marbella, managin to keep the city in the world's spotlight.