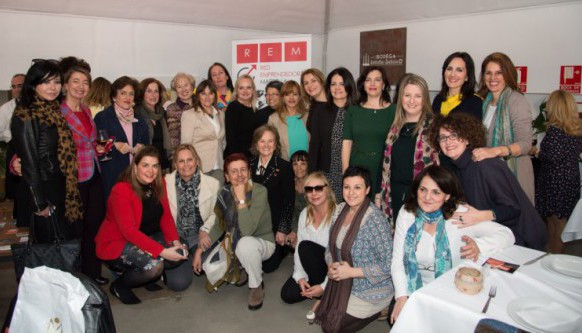 The event included the special presence of the Delegate of Trade, Economic Development and SMEs, Ana Isabel González de la Torre, and, in representation of the Partido Popular (People’s Party), José Eduardo Díaz.

Furthermore, a presentation was given, called Women-Economy Binomial, by the President of the Association Business Professional Women of Barcelona, Lourdes Ribes. The director, who was evidently very grateful to be attending the meeting, noted that we are facing a society in which “women create businesses, they make money…”, “in the Institute of Statistics, there is no differentiation between genders as far as the economy is concerned”. ”Yes, we know, on the other hand, the difference between both sexes in terms of their salaries”, she added.

Ribes said that the reason is unknown as to why “they don't collect them, or if they do collect them, they don't reveal the figures”; however, she defended her launch with the aim “of finding out in what way women contribute to the current economy in the creation and consolidation of businesses”. “We need an intelligent economy at the service of a society formed just as much by women as by men”, she underlined.

The President of REM, Cristina Mintegui, herself underlined the importance of “giving visibility to the role of the woman within the global economy”, something that “Lourdes made a clear balance of in her speech”.

After lunch, a debate and a networking activity were enjoyed, two of the most practised activities by such an organisation.