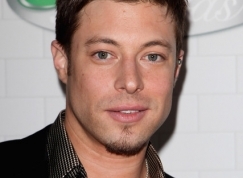 Brit boy band Blue singer Duncan James has been hit with a lawsuit over allegedly unpaid fees on a luxury home in Marbella.

He sold it over a year ago, but owners at the Majestic Hills development insists he still owes the sum.

A spokesperson for James says, "That matter is in the hands of his lawyers, who are working out the exact amount owed which, when agreed, he will duly pay."