Cruise and Cameron in Seville! 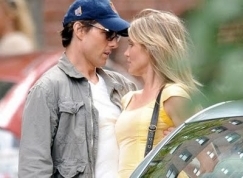 
Filming has already begun in the Andalucian capital

Tom Cruise and Cameron Diaz are due in Seville this month  shoot the final scenes of their new film Knight and Day. The final scenes of the big budget movie are set in the Andalucian capital and Cadiz, and the cast and crew have already booked 400 hotel rooms and begun work on the month long shoot. The action comedy will see Cruise play a secret agent who pops in and out of the life of a single woman. It’s not the first time that Cadiz has appeared in a blockbuster movie. The city also doubled for Havana in the Pierce Brosnan Bond movie, Die another Day, and who can forget Halle Berry coming out of the Atlantic surf in her opening scene? Cameron will have her work cut out to beat that!