Zara steps out to lead way for Spanish giant 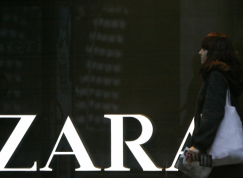 Figures just released for January to July show a turnover of €7,239 million,  17 per cent more than the same period last year. First-half net profits of €944 million were 32 per cent higher and liquidity for the Spanish clothing giant grew to €3,486 million.

This is almost four times as much as in 2008, when the economic crisis began to hit home.

Debts are dwindling as profits rise and debt has shrunk in four years from €298 million to €2 million. Spain accounts for 22 per cent of Inditex sales, compared with 26 per cent in the first six months of 2011. This was compensated by Asia, where sales represented 20 per cent of Inditex’s total turnover and are growing between 30 and 40 per cent.

Spanish take on the world