Tourism hots up with a 27% boost in April 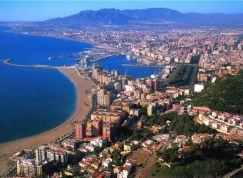 
The high season for tourism began well for Andalucia in April, with almost 27 per cent more foreign tourists than in the same month of 2010.

Most of these were from the United Kingdom, which continues to be the main market for tourists visiting Andalucia, government data shows.

A monthly study shows that 755,944 foreign tourists visited the region in April, making it the third favourite destination in Spain. The total number of visitors in the whole of Spain was 4.7 million, a 20.9 per cent rise from last year. In the first four months of this year, 1.9 million foreign tourists have visited Andalucia, 14.4 per cent of the total number of visitors to Spain.

Nationally the number of British tourists rose 42 per cent compared to April last year, while almost 41 per cent more tourists visited from Holland and 16 per cent more from Germany. For this summer, a rise of more than 10 per cent is expected from the main markets for Spain, which are the UK, Germany and France.