The Spanish Economy grew by 0.2% in the second quarter 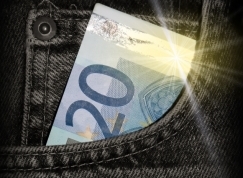 
The annual growth rate at the end of the second quarter was 0.7% of G.D.P.

The Spanish economy grew by 0.2% of G.D.P. in the second quarter of the year, according to data just released by the INE, National Statistics Institute. It means the second quarter has ended with annual growth at 0.7%, down a tenth on what it was at the end of the first quarter.

The numbers were saved by the ‘very positive’ external demand which has compensated for a negative contribution in domestic demand. The data coincides with the forecast from the Bank of Spain. Governor, Miguel Ángel Fernández Ordóñez, said overcoming the recession and the debt crisis depends on Europe putting undertakings agreed in the July summit into place, and to provide more competences to the European Financial Stability Fund.

The Bank of Spain has also called for the national reforms to continue.