The most expensive taxis in Andalucia are in... 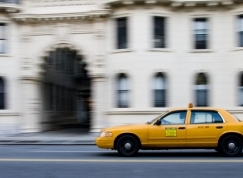 
Taxis in Malaga City are the most expensive in Andalucia region.

This was revealed by consumer group Facua which presented a study comparing the fees of urban taxis in 45 Spanish cities. In Malaga, a five-kilometre journey on a work day costs €5.62, putting it at position 13 of the country’s most expensive cities. The most expensive city in Spain is Tarragona and the cheapest place to take a taxi is in Las Palmas de Gran Canaria.

In Malaga, just getting into a taxi during the day costs €1.42, each kilometre is paid at €0.84 and the minimum fee is €3.48. All of these figures rise if the ride is at night, on a holiday or weekend, carrying luggage or going to the airport.