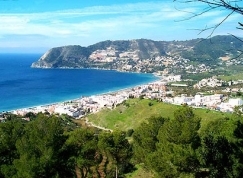 
The President of the Patronato forecasts income of 1.2 million Euro.

This summer is set to be a good one for the Costa del Sol, with a forecasted 10% growth in the number of visitors and in income from tourism. Elías Bendodo, President of the Costa del Sol Tourist Board, the Patronato, has said that income is expected to reach 1.2 million € this season.

He said in a press conference that the area is reaping a lot of the benefit from tourists who have chosen the Costa del Sol this year, with the problems in the countries affected by the Arab Spring. It’s understood that they are mainly British and Germans, who the Patronato hopes will choose to return in the years to come.

He has announced a tourism forum which is to be set up where any decisions on tourism will be taken in conjunction with the private sector and the Mayors of the Costa del Sol.

The Patronato wants to focus its attention not only on sun, beaches and golf, but also on culture, gastronomy and residential tourism. New ways will also be sought to attract foreign citizens to spend their retirement on the Costa del Sol and invest in the 20,000 new properties which remain unsold.