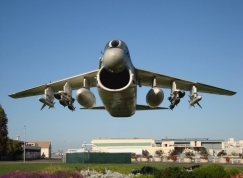 
A national assembly and vote will be held on Tuesday.

Spanish air traffic controllers are threatening to take strike action in the face of Government ‘provocation’. They claim that it is the only way to respond to the Government and defend their jobs and ‘dignity’.

It comes as the Ministry for Development has enforced a 40% cut in their pay, taking it down to an average 200,000 € a year, and changed other working practices. On Friday the Government passed a royal decree, inspired on British legislation, which grants 30 minutes rest every two hours and puts a limit of 50 hours work a week. The controllers think the new measure is designed to ‘dynamite’ the current negotiations. The USCA, Air Traffic Controllers Union, are to call a national assembly to debate and vote on a strike call on Tuesday.

An inspection by the Social Security concluded that 66% of the air traffic controllers who had claimed to be ill, had to return to work. The Ministry for Development claims the controllers at the El Prat airport in Barcelona were carrying out an illegal strike. Meanwhile the airport on the Canary Island of La Gomera has become the first in Spain to operate without any air traffic controllers. Computers will now cope with the two flights a day to and from Tenerife which the airport has to handle.