Spain could come out of recession this year 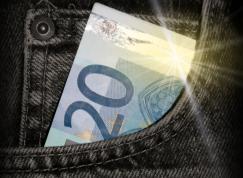 
The recession may have hit hard and long, but it looks like Spain may finally emerge from the downturn this year.

According to the National Institute of Statistics (INE), Gross Domestic Product in Europe could be flat or grow by up to 0.2 per cent in the third and fourth quarters. If this prediction is correct then Spain will be out of recession this year, reaching the end-of-year target of a 1.3 per cent.

Spain’s Economy Secretary, Fernando Jiménez Latorre, comments: “We believe there’s been an important turnaround in the economic cycle and that the bases are there to continue this new trend and this will show growth, finally ending the long and deep recession.”

Anthony 25-09-2013 21:15 Spain has too many benefits for employees and regulations which makes it too risky for companies to hire people in Spain.

That is why there\'s so much unemployment in Spain. And it\'s too expensive to start a business in Spain.

The public sector of Spain is also much too big and creates much national debt.

This results in much loss of jobs and commerce in Spain.
0

Spanish debt rises above €20,000 per person for the first time

Spain’s economy to grow by 1.2% this year, predicts central bank