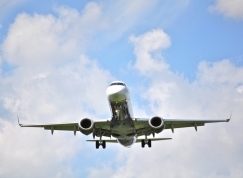 
It will take the number of destinations with the airline from Málaga to 39.

Ryanair is now expected to open its new Málaga hub on June 22, creating the fifth such facility in Spain. It means 19 new routes and as many as 360 new flights a week to and from the Costa del Sol with the Irish low cost airline.

Málaga will be connected to the four Spanish cities of Santander, Santiago de Compostela, Valladolid and Zaragoza, and to 15 more European destinations. These are Aarhus, Berlin, Bratislava, Eindhoven, Gothenburg, Krakow, Maastricht, Memmingen, Oslo, Paris, Pisa, Stockholm, Tampere, Venice-Treviso, and Wroclaw. It takes the number of destinations from Málaga with Ryanair to 39.

The new hub will see four planes based in Málaga and create 200 direct jobs as part of a 250 million € investment. In the summer season five planes will be based in Málaga. The company forecast that it will carry more than two million passengers through Málaga every year.

The Manager of the Costa del Sol Tourist Board, Ana Gómez, welcomed the news, saying that 39 direct flights to the Costa del Sol will bring greater penetration in the tourist market for the coast. In addition the airline intends to up the frequency on 16 of its Málaga routes over the summer season.