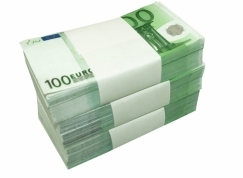 
As of September 1, 2012, Spain increased the VAT rate from 18% to 21% as part of the economic measures taken to stabilize the economy.

Spain’s centre-right government has raised its main VAT rate by three percentage points to 21% as part of a drive to slash €65bn ($82bn) from the public deficit by 2014 and save the country from a full international bailout.  But many in the country, which has already tapped international help for its banks and where one in four is out of work, fear the move will only deepen a second recession in three years.

“I’ve got children, my wife is sick and can’t work, so this VAT hike is going to affect us a lot. But then, what can you do? The government takes these measures and we just have to accept what comes,” said Carlos Asis Alema as he shopped for food at the Mercado de las Ventas, a large market with stalls in Madrid. Asis Alema said his income as a house painter was small enough that the tax rise would have a big impact on his family.

The Organisation for Consumers and Users, or OCU, estimates the tax hike will increase the average family’s spending by €470 a year. Some larger companies such as Inditex, which owns the Zara clothes chain, and leading supermarket chain Mercadona said they would not pass the higher cost on to their customers. That had smaller businesses concerned they will suffer since they cannot squeeze margins the way the big firms can and retail sales have fallen every month for more than two years.

Mirardo Moya Cota, employee at a dry cleaner and clothes mender in the Mercado de las Ventas, said the business where he works has had to raise prices. While the prices don’t look too much higher on individual items, it adds up bit by bit, he said. “It’s horrible, it hurts all of us, especially those of us who are less well off,” said a woman shopping at a butcher stand, who declined to give her name. The tax on meat rose to 10% from 8%.

Defaults on consumer and mortgage loans have soared in Spain, and evictions from homes have also jumped. Companies and the public sector have cut wages. The government does not expect an economic recovery to start until next year and job creation may still be several years off.

Spain is trapped in a vice. On the one hand the government must drastically cut spending and lay off public workers to show investors it can control the public deficit and try to bring down sky-high borrowing costs. On the other hand, tax revenue is shrinking because of joblessness and recession so the government has increased taxes to try to keep the deficit in line, which in turn inhibits consumer spending and makes the recession worse.

Prime Minister Mariano Rajoy, who pledged in his campaign last year not to raise VAT, recognised in a speech on Saturday that the tax hike was “painful”. But he said it was not in vain because the revenue would help Spain continue to fund schools and hospitals at a time of intense budget cuts.

The VAT hike puts Spain broadly in line with other European countries. The 18% rate was lower than most.

Some shoppers rushed purchases on Friday, particularly on items that used to be in a lower tax bracket such as haircuts which jumped to a 21% rate from 8% and schoolbooks which soared to 21% from 4%.

“We’re here getting the boys haircuts to save a bit of money, given the economic crisis we’re in,” said Antonio, who took his two sons to the barber a day ahead of the increase. The tax on theatre and cinema tickets and other cultural and entertainment items also rose to 21% from 8%, which has art institutions fearing their industry could be pushed over the edge.