Notice from i-marbella.com to all customers, friends and readers 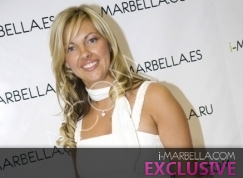 
In the last few days, we have observed some misinformation and comments on line about the use and ownership of the domain name i-marbella.com. In particular, the photographer Mr. Johnny Gates is making some comments on his profile in facebook.com that we would like to address to clarify the situation for the benefit of our friends, readers and curstomers.

Johnny Gates asserts that he registered the domain name i-marbella.com in 2009.  He says that in 2010 the domain name was transferred by Mrs. Annika Urm without his consent by using his Yahoo login details.  Mr. Johnny Gates continues to say that Mrs. Urm stole his domain name and that she is currently infringing copyright laws by publishing his photos on her website, refusing to take them down.

As regards the above-mentioned information, i-marbella.com would like to make the following announcement:

-None of any such information published by Mr. Gates is true or accurate.

-Mr. Gates started i-marbella.com in 2009, but he did not have enough funds to continue.  As a result, Mrs. Annika Urm invested a substantial amount of money to continue the business, and created a company named Bla Meedia OÜ, an Estonian company, whose registered number in Estonia is 11536270.

-The current registrar of i-marbella.com is Marcaria.com International, Inc., a company owned by Mrs. Annika Urm.

- I-marbella.com will soon take down all the pictures that belong to Mr. Gates.

-Meanwhile, i-marbella.com has given instructions to their law office, so as to commence any and all legal actions available against Mr. Gates for alleged libel and slander, as well as for damages that his comments caused to the image and reputation of the website.

observer 26-06-2011 02:02 she is tough and knows what she's doing. not everybody has to like her. But for sure she will get far. She is young and ambitious and already has accomplished a lot. She even has 2 children!

interesting 26-06-2011 00:40 I heard that they sold Buduaar and she got over 4 millions for it,I guess someone clearly has no idea what she or he is talking about. Buduaar is one of the most successful websites in Estonia and still continues to be!Somebody should check their sources, they're running a bit old..
0

SAEKO HAMADA 25-06-2011 03:29 Special thanks to i-marbella.com for their constant support to all my events and Charity Activities.
This time also, a part of the sales form each art woks will go to Rotary Club Marbella as a donation for all the charity activity we do as a Rotarian. Thank you very much for your attention.
If you like to see ANDY WARHOL art work at Guarnieri please contact me.

Always the way... 22-06-2011 15:25 Way too late as damage has been well and truly done here...The outcome seems inevitable, in that the money/backing have all the control. For the amount that it would have cost to create this site, Johnny should have put it on his credit card £3-4K MAX) plus ability to manage it from a server.

THE PROBLEM WITH MARBELLA IS THAT IT IS FULL OF PEOPLE WITH GREAT IDEAS AND NO MONIES TO EXPLORE FURTHER, HENCE THE NEED FOR BACKERS LIKE THIS WOMAN.
0

Love this site usually 22-06-2011 13:08 Whats happening - such a relaxing site to visit normally!
To a reader, or client who owns the domain name is irrelevant - or who invested what. From the comments it seems that from the outset to now - the creative content and ethos of i-marbella came from one person - with investment from others. There are no winners here, in my opinion the site is losing credibility. Damage limitation needed asap - want to hear more about Marbella - not this.
0

fb 22-06-2011 12:20 I guess that shows that johnny has only power in FB. Maybe his new site will be in facebook? that would be a good idea, since it would be a low-cost project and easy to maintain!
0

Always the way... 22-06-2011 12:14 If Johnny owns i-Marbella, then he will have no trouble in removing control from this woman using a good lawyer (hard to find in Marbella) and the services of ICANN - http://www.icann.org/

There is no point 'slagging' each other off via the Internet/facebook - Just deal with it.
0

10 Minutes with the infamous Johnny Gates (11)

John Thompson, Rafa, Zoe and Johnny in the Snow!