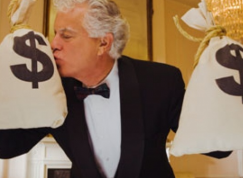 The number of millionaires in Spain has increased 13% over the last year, despite the country's worst recession in history.

A total 47,000 Spaniards became millionaires in 2012 and the country is now home to 402,000 high net worth individuals, up from 355,000 in 2011, according to Swiss bank Credit Suisse. The research also revealed Spain was one of only ten countries to register a total wealth increase of over $200 billion in the year to June 2013. This increase relates to financial and non-financial assets and is being attributed to both a favourable dollar-euro exchange rate and a stock market recovery.

The report said: “It may seem strange that the euro zone acquired so many new millionaires last year, most notably in France, Germany, Italy, Spain and Belgium, but this simply compensates in part for the big drop in millionaire numbers experienced a year ago.”

The US saw the biggest surge new millionaires, 13 million, followed by Japan. Spain’s increase secured it the eighth spot in the league.