New legislation allows for smoking in hotels in Spain 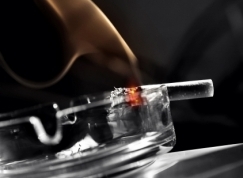 
Under the proposals 30 percent of rooms will be for smokers.

The new anti-smoking legislation which is expected to be introduced in Spain over the summer will allow smoking in hotels under a proposed reform from the Ministry for Health.

The proposal has now been sent by the Government to the other parliamentary groups, explaining the plans to ban smoking in all closed public areas where, under the 2005 legislation, smoking remains currently allowed.

30% of hotel rooms can be reserved for smokers, and smoking will also be allowed in prisons and in psychiatric clinics. Small bars will be allowed to sell tobacco, even though smoking will be prohibited in them. Smoking will be banned in casinos and bingos, despite representations from the gaming sector.

The Ministry for Health says it wants to try and obtain a wide a consensus as possible on the new legislation.