Which city is Spain's most expensive to live in? 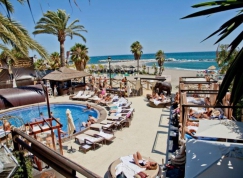 US Business magazine Forbes, have produced a list of the most expensive Spanish cities to live in. The natural assumption that Madrid, Barcelona or even glamorous Marbella would top the list has been knocked sideways with the news that San Sebastián in the Basque Country is top of the list followed by Madrid and then Barcelona.

Forbes researchers took the price of a basket of food, as well as the average rent or mortgage price, the cost of public transport for a 10-journey pass, a taxi trip, a litre of petrol, local taxes including IBI - payable on residential or business property owned - vehicles and rubbish collection, and the price of eating out or going to the cinema.

They then compared the figures, garnered this with the Spanish national average and listed those which came out more costly than that figure to live in.

All of Catalunya’s provincial capitals made the list - after Palma de Mallorca, the sixth-most expensive city in the country to live in, came Girona and Lleida. Toledo, in the central region of Castilla-La Mancha, and Zaragoza in Aragón, Spain’s fifth-largest city, made up the top 10.

Surprisingly, many of Spain’s biggest provincial capitals and tourist destinations did not make it on to the list. Valencia and Alicante both major holiday destinations did not figure in the most expensive capitals. Neither did cities on the Canary or Balearic Islands make the list. Málaga, the main city on the Costa del Sol and flanked by celebrity neighbours such as Marbella, Mijas and Sotogrande were also absent.

San Sebastián, famous for its idyllic La Concha beach, was nearly 30 percent more expensive than the national average, whilst Madrid at 28.7 percent was just ahead of Barcelona, 26.2 percent higher.