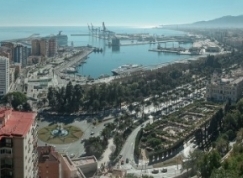 
According to the Tourist Expenditure Survey (EGATUR), drafted by the Institute for Tourism Studies of the Ministry of Industry, Energy and Tourism, spending in Spain by inbound tourists in March amounted to 3.28 billion euros, up 13.7% on the same month in 2012. The average spend per person of 963 euros and the average spend per day of 110 euros posted growth of 5.4% and 5.1%, respectively.

France, the Nordic countries and Germany were the emitting markets that contributed most to the growth this month, especially in the Canary Islands and Catalonia. In the first three months of 2013, aggregate spending amounted to 9.31 billion euros; an increase of 8.4% on the first quarter of 2012.

The three main markets in the first quarter of the year were Germany, with spending of 1.56 billion euros and a year-on-year increase of 3.8%; the United Kingdom, whose tourists spent 1.53 billion euros in Spain with an increase of 3.5% on 2012; and the Nordic countries that, with 1.37 billion euros spent and a significant increase of 19.1%, posted better results than France in the period.

In March, Germany was the top emitting market in terms of spending (up 13.4%) and the autonomous region of Andalucia benefited most from this result, as did the Balearic Islands and the Canary Islands.

Tourists from the United Kingdom spent a total of 632 million euros (up 2.2% on March 2012), the focus for this increase being the regions of Andalucia and Catalonia. The spend per British tourist rose while their average spend per day remained stable.

Third place on the list was held by the Nordic countries, which spent a total of 558 million euros in Spain in March (up 25.7%). The Canary Islands (the main destination for these tourists) benefited the most from this growth.

However, the largest increase in tourist spending in Spain over the last month was posted by those tourists visiting from France. With a total figure of 400 million euros spent, the French market recorded tourist expenditure growth of 43.5%. Catalonia was the region that benefited most from this spending.

In a continuation of the trend seen in recent months, spending by Italian tourists in Spain fell. This figure fell by 18% in March, a decline that was particularly noticeable in Catalonia. However, Italian tourists increased their spending in Madrid and the Balearic Islands, as well as their average spends per person and per day.