Sports and cruises fail to save holiday trade 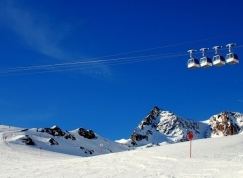 
The December ‘puente’ (long weekend) came and went this year without fulfilling the hopes of the Andalucia tourism industry, official sources said.

Only the Davis Cup in Sevilla, Sierra Nevada, and the cruise ship trade in Malaga have boosted the figures in the region, which saw lower hotel occupancy levels than the same time in 2010, despite last year’s air traffic controllers strike. On average, the region saw hotels at less than 50 per cent capacity.Meanwhile, Sierra Nevada saw occupancy rates of around 90 per cent, one of the best results in several years.

This is mainly because at ski resorts in the North of Spain there has not been much snow in this warm and dry autumn and enthusiasts have travelled to Andalucia to ski or snowboard.